Born in a small town in Le Marche, in 1892, Ugo Betti was raised primarily by his father, a stern country doctor, because his mother was unwilling to do so. He studied at the classical lyceum, demonstrating an inclination toward literature. For practical reasons, however, his father steered his son toward law school. Betti served in World War I and was taken prisoner by the Germans. After the war, Betti hesitated for a time between returning to his legal career and pursuing his newly found penchant for writing. Deciding to try his hand at both, he served as a judge from the early 1920s through 1943 while writing poetry, short stories, a novel, and the plays for which he is best known. His first book of poems, The Pensive King (1922), bears witness to the war's stark impact on him. While clearly influenced by the experimental theater of Luigi Pirandello, and indeed often viewed as his successor, Betti's outlook was also colored by his years on the bench. He strove to represent reality as more than mere facts, seeking in his work to penetrate human motives, instincts, and truth. In total he wrote 25 plays, which were enormously popular in their day. Betti died in 1953. 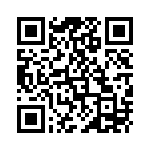