Eija-Liisa Ahtila was born in 1959 in Hameenlinna, Finland. She started working with audio-visual media in the late 1980s, exploring experimental narrative storytelling techniques, including the connection between short films and commercials, and the possibilities of narration in splitscreens and multiscreen installations. Her films have been successfully screened in over 50 international film festivals and on television, while her installations of the films have been mounted at such venues as Documenta11 and at the Tate Modern in London. 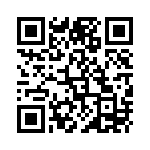