Charles Alexander Green was born on May 1, 1953. He is a British businessman and is currently Chief Executive of Rangers Football Club. he started his career as a professional footballer but failed to make a first-team appearance at either Sheffield United or Doncaster Rovers before drifting into non-league. Following a switch to business he has since held a number of positions before taking over at Rangers, including a period as Chief Executive of Sheffield United. Green was officially appointed chief executive of Sheffield United in February 1996 by chairman Mike McDonald following his take over of the club. In March 1998, manager Nigel Spackman resigned citing interference in team affairs by Green and in protest at a number of the club's better players being sold without consultation and without funds to replace them. After furious protests by United supporters Green stepped down as chief executive. He continued on in business and wrote the forward for Grow Regardless: Of Your Business' Size, Your Industry or the Economy and Despite the Government! by Joe Mechlinski which made The New York Times Best Seller list for 2013. 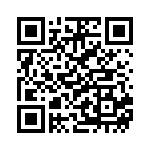