David Day was born in Melbourne, Victoria, Australia on June 24, 1949. He received first-class honours in history and political science from the University of Melbourne and a PhD from the University of Cambridge. He has been a junior research fellow at Clare College in Cambridge, founding head of history and political science at Bond University, official historian of the Australian Customs Service, Keith Cameron Professor of Australian History at University College Dublin, and professor of Australian studies at the University of Tokyo. He is the author of several books on Australian history and the history of the Second World War. His books include Menzies and Churchill at War, Smugglers and Sailors, and John Curtin: A Life. Claiming a Continent won the non-fiction prize in the 1998 South Australian Festival Awards for Literature. 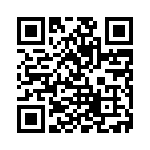