The church that forgot Christ

Jimmy Breslin was born James Earle Breslin on October 17, 1928 in Queens, New York. In the late 1940's, The Long Island Press hired him as a copy boy. After getting a job as a sportswriter for The New York Journal-American, he wrote a book about the first season of the Mets entitled Can't Anybody Here Play This Game? This book led to him being hired as a news columnist for The New York Herald Tribune in 1963. He later wrote for The New York Post, The Daily News, New York Newsday, and New York magazine. He wrote both fiction and nonfiction books. His novels included The Gang That Couldn't Shoot Straight; World Without End, Amen; and Table Money. His nonfiction books included The Good Rat, The Short Sweet Dream of Eduardo Gutierrez, I Want to Thank My Brain for Remembering Me, The Church That Forgot Christ, and biographies of Damon Runyon and Branch Rickey. He died on March 19, 2017 at the age of 88. 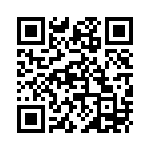