Best known for his work with the world-renowned rock group, The Beatles, John Winston Lennon was born in Liverpool, England on October 9, 1940 to Alfred and Julia Stanley Lennon. Lennon was married twice, first to Cynthia Powell in 1962, with whom he had a child, John Julian, and later, in 1969, to Yoko Ono, the mother of his son Sean Taro Ono. Lennon was involved in various late 1950s British musical groups. He helped establish the Beatles in the early 1960s, teaming up with fellow Beatle Paul McCartney to write numerous bestselling popular songs including "Revolution" and "Strawberry Fields Forever." The Beatles' universal fame also resulted in their starring in such films as "Help!" and "A Hard Day's Night." When he met and married Yoko Ono in 1969, Lennon legally changed his name to John Ono Lennon. It was with Ono that he collaborated on several musical projects following the breakup of The Beatles. Lennon and Ono also gained notoriety from such public acts as being filmed and interviewed in bed, as a form of peace protest. John Lennon also had a string of post-Beatle solo music successes and he published satirical poems and stories. He moved to New York City and on December 8, 1980, he was shot to death outside his home in the Dakota building, by a deranged ex-fan, Mark David Chapman. He and Ono had just finished recording a new album "Double Fantasy." After its release, one of the songs, "Starting Over" was released as a single and rejuvenated his musical fame as his fans mourned his passing. Each year, on the anniversary of John Lennon's death, his fans throughout the world hold memorial services. Strawberry Fields, New York City's Central Park, further commemorates him. 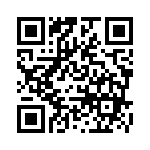