Simon J. Bronner is Distinguished University Professor of American Studies and Folklore and director of the Pennsylvania Center for Culture Studies at The Pennsylvania State University, Harrisburg. He is the editor of the four-volume Encyclopedia of American Folklife, Manly Traditions: The Folk Roots of American Masculinities, Consuming Visions: Accumulation and Display of Goods in America, 1880-1920, and other volumes, and the author of several books, including Folk Nation: Folklore in the Creation of American Tradition, Killing Tradition: Inside Hunting and Animal Rights Controversies, Following Tradition: Folklore in the Discourse of American Culture, and The Carver's Art: Crafting Meaning from Wood. 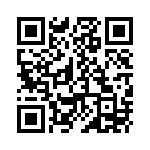