A WAY OF SEEING

These essays have a magazine column ring to them limited in depth but nicely balanced, thoughtful but not demanding, familiar but not intimate, with a general tone of challenge, uplift, and measured ... Read full review

Margaret Mead, an American anthropologist, was for most of her life the most illustrious curator at the American Museum of Natural History in New York. She was famed not only as an anthropologist but also as a public figure, a popularizer of the social sciences, and an analyst of American society. While at Columbia University, she was a student of Franz Boas, whose teaching assistant, Ruth Benedict, became one of Mead's closest colleagues and friends; after Benedict's death, Mead became her first biographer and the custodian of her field notes and papers. Mead's early research in Samoa led to her best selling book, "Coming of Age in Samoa" (1928); it also led, after her death, to a well-publicized attack on her work by the Australian anthropologist Derek Freeman. Her importance was not damaged by his book; in fact, there is probably a greater awareness today of the important role that she played in twentieth-century intellectual history as an advocate of tolerance, education, civil liberties, world peace, and the worldwide ecumenical movement within Christianity. She was an active and devout Episcopalian throughout her life. On January 6, 1979, she was posthumously awarded the Presidential Medal of Freedom, the nation's highest civilian honor. 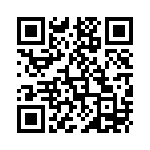