Alden Nowlan was born January 25, 1933 in Stanley, Nova Scotia. He worked as a newspaperman, and published poetry, plays, short stories, and novels. His poetry collection Bread, Wine and Salt won the Governor's General Award for Poetry in 1967. He became the writer-in-residence at the University of New Brunswick in 1969 and held that position until his death. He also won the University of Western Ontario's President's Medal for Fiction in 1970, the Canadian Author's Association Silver Medal in 1978, and the Queen's Jubilee Medal in 1979. He collaborated with theatre director Walter Learning on a number of plays, including Frankenstein, The Dollar Woman, and The Incredible Murder of Cardinal Tosca. He died June 27, 1983. He is buried in the Poets' Corner of the Forest Hill cemetery in Fredericton, New Brunswick. 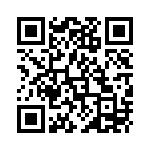