179 other sections not shown

From Springfield, Illinois, Lindsay studied at Hiram College, the Chicago Art Institute, and the New York Art School, turning to poetry only after he had no success as an artist. The appeal of Vachel Lindsay's poetry is, first and foremost, one of sound. Many of his poems are meant to be chanted aloud, intoned, or sung. The poet was a phenomenon in his day, who became famous for the recitation of his poems. He preached a gospel of beauty expressed in almost primitive cadences. His early art studies under Robert Henri gave him the ability to illustrate his own poems, and he developed an elaborate theory of art that has gone largely ignored. Among his best-known works are "General William Booth Enters Heaven", published in Poetry Magazine in 1913, and "The Congo" (1914). 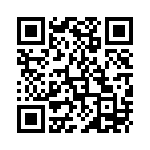