William Jay Smith was born in Winnfield, Louisiana on April 22, 1918. He received bachelor's and master's degrees in French literature from Washington University in St. Louis and did graduate work at Columbia University and Oxford University. During World War II, he served with the Navy in the Pacific. During his lifetime, he wrote several collections of poetry including The Tin Can, and Other Poems; Plain Talk: Epigrams, Epitaphs, Satires, Nonsense, Occasional, Concrete and Quotidian Poems; The World Below the Window: Poems, 1937-1997; and The Cherokee Lottery. He also wrote a memoir entitled Army Brat and several collections of children's poems including Boy Blue's Book of Beasts and Ho for a Hat! He was the consultant in poetry to the Library of Congress from 1968 to 1970. He died on August 18, 2015 at the age of 97. 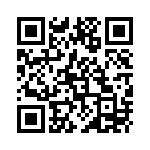