David Brooks was born in Toronto, Canada on August 11, 1961. He received a degree in history from the University of Chicago in 1983. After graduation, he worked as a police reporter for the City News Bureau. His other jobs include numerous posts at The Wall Street Journal, a senior editor at The Weekly Standard, and a contributing editor at Newsweek and The Atlantic Monthly. He currently is an op-ed columnist for The New York Times since 2003 and a weekly commentator on PBS NewsHour. He is the author of the several books including Bobos in Paradise: The New Upper Class and How They Got There, On Paradise Drive: How We Live Now (And Always Have) in the Future Tense, and The Social Animal: The Hidden Sources of Love, Character, and Achievement. He is also the editor of the anthology Backward and Upward: The New Conservative Writing. David Brooks made the New York Times Best Seller List with his title Social Animal: the Hidden Sources of Love, Character, and Achievement and The Road to Character. 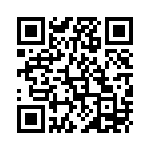