Gregory O'Brien was born in 1961 in Matamata New Zealand. He is a New Zealand poet, editor, and painter. He trained as a journalist in Auckland and worked as a newspaper reporter in Northland. He graduated from the University of Auckland. His work has appeared in Islands, Landfall and Sport, Meanjin, Scripsi. He lives in Wellington where he is Senior Curator at the City Gallery Wellington. His works include: Dunes and Barns, Man with a Child's Violin, Winter I Was, Afternoon of an Evening Train and Diesel Mystic. He has earned several awards including the Montana New Zealand Book Award for Poerty, Vicrotia University Writing Fellow and Prime Minister's Award for Literary Achievement. He is the author of See What I Can See (designed by Sarah Maxey and Katrina Duncan) which won the 2016 Publishers Association of New Zealand (PANZ) Book Design Award, Best educational book. 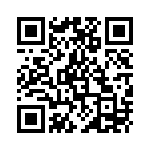