Stuart Forbes Macintyre was born on April 21, 1947 in Melbourne, Australia. He received his bachelor's degree from the University of Melbourne, his Master of Arts from Monash University and his PhD for the University of Cambridge. He is a historian and a former Dean of the Faculty of Arts at the University of Melbourne. His awards include Premier of Victoria's Literary Award for Australian Studies (1986), Fellow of the Academy of the Social Sciences in Australia (1987), Redmond Barry Award (1997), The Age Non-Fiction Book of the Year Award (1998)for his book The Reds, Fellow of the Australian Academy of the Humanities (1999), Premier of New South Wales' Australian History Prize (2004)for the History Wars (co-written with Anna Clark), Officer of the Order of Australia (2011), and the Ernest Scott Prize (2016) for his book Australia's Boldest Experiment: War and Reconstruction in the 1940s, and the Premier New South Wales' Australian History Prize (2016) for Australia's Boldest Experiment. 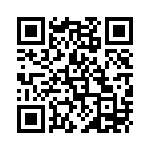