Shirley Geok-lin Lim has written a novel set in multi-ethnic Malaysia where a woman moves to self-reliance and reconciliation with her past. After gaining its independence in the 1960s, Malaysia ... Read full review

A story spanning 3 countries (Singapore, Malaysia and USA), it talks about an idealistic, westernized young woman growing up in her conservative hometown of Kuala Lumpur, married to a college ... Read full review

Becky Usry is the founder of 'Project New Life', a program designed to help individuals break free from prostitution. Beginning as a volunteer at a California city jail she pioneered and later directed a city-wide program and many others like it. Ms. Usry is currently lobbying Congress to pass strict anti-pandering legislation and to initiate her programs nationwide. She currently resides in Wasilla, Alaska. 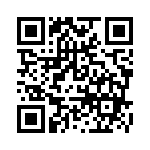