Robert Strausz-Hupe is Distinguished Diplomat-in-Residence at the Foreign Policy Research Institute in Philadelphia, and a professor emeritus at the University of Pennsylvania. He is author of Geopolitics: The Struggle for Space and Power, The Balance of Tomorrow: Power and Foreign Policy in the United States, and Protracted Conflict: A Challenging Study of Communist Strategy. Strausz-Hupe is former U.S. Ambassador to Turkey, NATO, Sweden, Belgium, and Sri Lanka. 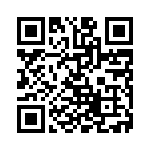