Devin Scillian is an award-winning author, broadcast journalist, and musician. He presently anchors the news fornbsp;WDIV-TV in Detroit. He has traveled the world covering news stories from Sydney to Siberia. His school presentations have inspired countless children to think of themselves as not only readers, but writers as well. In addition tonbsp; Memoirs of a Goldfish, Memoirs of a Hamster, Memoirs of an Elf, nbsp;andnbsp; Memoirs of a Parrot, nbsp;Devin is also the author of numerous books for Sleeping Bear Press including the national bestsellernbsp; A is for America: An American Alphabet. nbsp;Devin lives in Michigan with his family. Find out more about Devin at www.devinscillian.com.

Geoff Cook has been illustrating for 35 years. His career began as agraphic designer, after graduating from Prahran College in Melbourne.Soon realizing he wanted to be an illustrator, he became a partner in theillustration studio All Australian Graffiti. 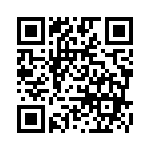