After all the adults vanished, monsters came and collected the children, to be turned into monsters who fought for the delectation of other monsters as they reached age 14. A few escapees, with the ... Read full review

This one features an improbable dystopia and non-stop adventure. Nasty nasty creatures from perhaps another dimension have made all the adults disappear and for 15 years have been raising and ... Read full review

Garth Nix was born in Melbourne, Australia on July 19, 1963. He graduated from the University of Canberra in 1986 and worked various jobs within the publishing industry until 1994. After a stint in public relations, he returned to books and took up writing as a career. He is the author of Blood Ties, Clariel, Newt's Emerald, the Old Kingdom series, The Seventh Tower series, and The Keys to the Kingdom series. In 1999, he received a Golden Duck Award for Australian Contribution to Children's Science Fiction. To Hold the Bridge was named Best Collection by the 2015 Aurealis Awards. His novella, By Frogsled and Lizardback to Outcast Venusian Lepers, was named Best Science Fiction Novella by the 2015 Aurealis Awards. In 2018, he won the 2017 Aurealis Award for the Best science-fiction short story. 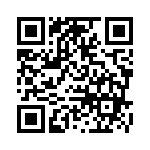