Cara Pinchbeck is a member of the Kamilaroi community. She has been curator of Aboriginal and Torres Strait Islander art at the Art Gallery of New South Wales since 2007. Lindy Allen is senior curator, Anthropology (Northern Australia) in the Humanities Department at Museum Victoria. She is currently the partner investigator on the Australian Research Council Linkage Project with the Australian National University. Louise Hamby is a research fellow in the Department of Archaeology and Anthropology, at the Australian National University. She is chief investigator on the Australian Research Council Linkage project. 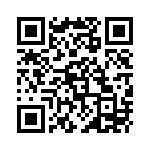