Pierre L. Siklos is Professor of Economics and Director of the Wiessman European Research Centre at Wilfrid Laurier University, Canada. He is the managing editor of the North American Journal of Economics and Finance, author of The Changing Face of Central Banking (Cambridge University Press, 2002), and co-editor with Richard Burdekin of Deflation: Current and Historical Perspectives (Cambridge University Press, 2004). In 2008, Professor Siklos was named to the C. D. Howe Institute's Monetary Policy Council, became chairholder of the Bundesbank Foundation of International Monetary Economics at the Freie Universitat, Berlin, and became a Senior Fellow at the Centre for International Governance Innovation. His research in macroeconomics emphasizes the study of inflation, central banks, and financial markets. 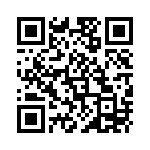