Ken Berry joined the then Department of Foreign Affairs in 1974 and served in Manila, Algiers, Nairobi, Brazil, Caracas and as ambassador to Chile, Peru and Bolivia. In 1990 he was assigned to DFAT's Task Force on Cambodia as legal advisor. He participated in major negotiations with Cambodia until 1992 and then joined the office of Senator Gareth Evans as senior advisor until 1995. 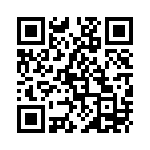