Moira Rayner is a lawyer, writer, speaker, journalist and social commentator. As a lawyer, she has worked with both the highfliers of corporate Australia and the most disadvantaged of citizens. She has worked as a Law Reform Commissioner, and was a consultant to the Human Rights and Equal Opportunity Commission's Homeless Children Inquiry. Rayner describes herself as an idealist and activist, and she is well known for her role as an outspoken commentator on the rights of all Australians. 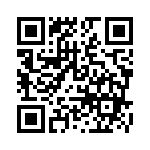