Martin Flanagan was born in Tasmania in 1955. He graduated in law from the University of Tasmania in 1975. He has writtten for radio and been published in literary magazines and the Guardian newspaper. He is particularly renowned for his sports writing and his writing on Aboriginal issues - both of which are brought together in his novel The Call. His first novel Going Away, appeared in 1993. His expose on the Footscray Football Club, Southern Sky, Western Oval was published in 1994. Two collections of his columns have been published, Out of the Crowd and Family Matters. For the past fourteen years, he has written for the Age newspaper. He lives in Melbourne with his wife and two daughters. 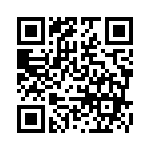