Robert Tickner is a country boy from the NSW central coast who became an Aboriginal Legal Service lawyer and an Alderman of the Sydney City Council. In 1984 he won the federal seat of Hughes and in 1990 became the federal Minister for Aboriginal and Torres Strait Islander Affairs. Until his tenure of the post, the average period in this position had been less than two years. Robert Tickner served for six years. 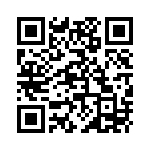