Allan Baillie was born on January 29, 1943, in Scotland. At the age of six, after his father had died and his mother remarried, Baillie and his family moved to Australia. He wrote and illustrated his first book at the age of thirteen. After finishing high school he became a cadet journalist with the Melbourne's Sun. Baillie sold his first story to a farming newspaper for four pounds (eight dollars). After a near death experience, Baillie began to travel all over the world. He returned home to work for the newspaper again but had heard about the discontent in Camobodia and Laos and was interested in traveling there as a freelance journalist. The Vietnam War was going on at that time as well as civil unrest in Laos. Although there was nothing in particular going on in Cambodia, Prince Sihanouk banned Western journalists, so Baillie entered the country as an artist. He wrote an adult novel, Mask Maker, set in Laos after that, and continued to write stories based on his experiences in the Far East and elsewhere. His books include Adrift, Little Brother, The China Coin, Riding with Thunderbolt: The Diary of Ben Cross, and A Taste of Cockroach. 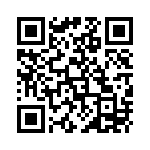