I suspect that this book has fallen between two stools: if you're looking for a classic love story, you're likely to be annoyed that the plot gets going by having a man offer his daughter to any man ... Read full review

A most unusual book. It went through several stages of writing style for me. A bit slow getting into. It revived my interest in eucalypts and I would side track myself looking up the species he ... Read full review

Murray Bail was born in Adelaide in 1941. Homesickness, his first novel, won the National Book Award for Australian Literature and the Melbourne Age Book of the Year Award. Holden's Performance, first published in 1988, won the Vance Palmer Prize for Fiction. Eucalyptus was the winner of the Commonwealth Writers Prize and the Miles Franklin Literary Award. Murray Bail's non-fiction includes an acclaimed monograph on the work of the painter Ian Fairweather and Longhand, A Writer's Notebook. 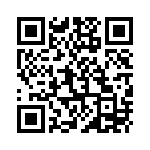