Joel Deane is sending ripples through government corridors by bringing his poetic writing skills to his new position, since July 2004, as Speech-writer for Steve Bracks, the Victorian Premier. This prestigious job follows a highly successful career as a journalist, executive news producer (San Francisco), and media advisor. Born in Melbourne in 1969, Joel has long had a passion for literature - samples of his poetry and short fiction have been published in Antipodes, Famous Reporter, Imago and Quadrant. Another is his first novel - it won the IP Picks Award in 2004. Joel lives in Melbourne with his wife and two children. 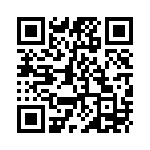