John Harms is a writer and broadcaster. he lives in Melbourne. He writes for The Ageand appears on ABC-TV's Offsiders. 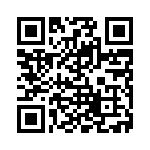