Warwick Armstrong was a big unit. Maybe not during his Australian rules football career but by the time of the 1921 Ashes tour Armstrong's nickname "The Big Ship" was apt. As well as being a large man ... Read full review

Gideon Haighhas been a journalist for more than thirty years, contributed to more than a hundred newspapers and magazines, written thirty books and edited seven others. His book On Warnewon the British Sports Book Awards Best Cricket Book of the Year Award, the Cricket Society and MCC Book of the Year Award, the Jack Pollard Trophy, and the Waverley Library Nib Award; it was also shortlisted for the Australian Book Industry Awards Biography of the Year, the Victorian Premier's Literary Awards, and the Adelaide Festival Awards for Literature. The Officewon the NSW Premier's Literary Awards Douglas Stewart Prize for Non-fiction. Other recent titles include Uncertain Corridors- Writings on Modern Cricket, End of the Road?on Australia's automotive industry, and The Deserted Newsroom, about media in a digital age. 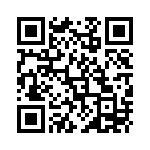