Hang Nguyen Thuy is Visiting Scholar at Royal Melbourne Institute of Technology, Australia, and Senior Lecturer at the Diplomatic Academy of Vietnam, Vietnam. 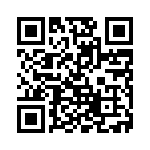