Martin Blake has written on sports for more than 25 years, most of it with The Age in Melbourne. He has covered every AFL season since 1986, and several Olympic Games, Commonwealth Games, US Masters golf tournaments, the British Open Championship and various Australian cricket tours. He has won numerous awards for writing on Australian football, cricket, and golf, and is a member of the MCG Media Hall of Fame. He also broadcasts on sport for the ABC. 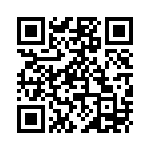