THE HOT TOPIC: What Can We Do About Global Warming

An incisive look at global warming.Walker (An Ocean of Air: Why the Wind Blows and Other Mysteries of the Atmosphere, 2007, etc.), and King, director of research at the University of Cambridge, begin ... Read full review

This is an excellent, no-nonsense book with the facts about how the world is changing right now, and what we can expect in the future. It is not about doomsday scenarios but makes the case that we do ... Read full review

GABRIELLE WALKER has a PhD in chemistry from Cambridge University and has taught at both Cambridge and Princeton universities. She is a consultant to New Scientist , contributes frequently to BBC Radio, and writes for many newspapers and magazines. She is also the author of four books, including An Ocean of Air and Antarctica . She lives in London. Sir David King is the UK Government's Chief Science Adviser. In this position, he has instigated the Energy Research Partnership, run the Government Foresight program on Flood and Coastal Defenses, and set up the Climate Change Conference at Exeter in 2005, as well as lectured on climate change to numerous parliaments and governments. 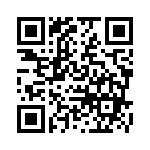