Robert Mann holds the Manship Chair in Mass Communication at the Manship School of Mass Communication at Louisiana State University and is a senior public policy fellow at the school's Reilly Center for Media and Public Affairs. Formerly an aide to three U.S. senators and a Louisiana governor, Mann has written critically acclaimed political histories of the civil rights movement and the Vietnam War. His essays and reviews have appeared in numerous publications, including the New York Times and the Boston Globe. 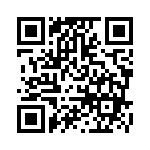