Wayne Hudson is a Professor in the School of Arts, Media and Culture at Griffith University, Queensland, Australia. Steven Slaughter is a Lecturer in International Relations at Deakin University, Victoria, Australia. 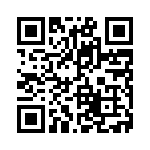