Author Kev. Franzi is a Documentary Filmmaker and Photo Journalist with 69 years experience in the Australian Film Industry. Kev's passion for Documentaries came from his early years with the Commonwealth Film Unit. Working his way through every department in filmmaking from Message Boy to Director and Producer his repertoire included TV Commercials and TV Drama (as Senior Film Editor on Crawford productions Homicide Series and many others). But, Educational and Industrial Films became Kev's forte, along with other genres like Social Development and his favorite, Historical Films. He owns the Movie Museum at Kenilworth Qld. and now CinemaWorks to promote the huge potential of Video Journalism. 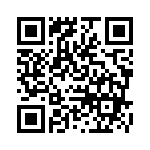