Over the majority of his working life Andy Russell was involved with research into intelligent robotics. Some of his robots communicated using puffs of air, licked the floor to follow chemical trails or burrowed through the ground searching for chemical leaks. It was not uncommon for reviewers of his research to complain it was too speculative, perhaps too much like science fiction? Now, in retirement, he has the freedom to explore robotics and science fiction more broadly without any requirement to demonstrate practical implementations. 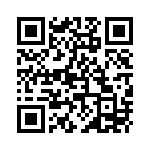