Representative sampling of the more than 300 speeches Robert F. Kennedy delivered during a 13-year public career constitute this volume. Entries were selected by Guthman, a Pultizer Prize-winning ... Read full review

Robert "Bobby" Kennedy was the seventh of nine children in the wealthy Kennedy family of Massachusetts. When his elder brother John F. Kennedy became President in 1961, Robert was named Attorney General. The brothers had worked together during the campaign, with Robert serving as his brother's campaign manager. Robert Kennedy had been educated at Harvard University, served in the Navy during World War II, and received his law degree from Virginia Law School in 1951. Then he worked in the Criminal Division of the Department of Justice in 1951 and 1952, where he helped prosecute corruption and income-tax invasion cases. In the following years he served as congressional investigator for committees on Un-American Activities and on Improper Activities in Labor and Management. In 1961 Kennedy became Attorney General under President John F. Kennedy, and stayed on under President Lyndon B. Johnson. In that position he actively promoted civil rights by prosecuting people who violated the civil rights of minorities. He continued his pursuit of civil rights when he became Senator from New York in 1964. He also worked for antipoverty programs, medicare, and other social programs, and spoke out strongly against escalating involvement in Vietnam. Kennedy set out to campaign for the Democratic nomination for President in the 1968 election. He won five of the six primaries he entered and was becoming a formidable challenger, when Sirhan Sirhan, an Arab immigrant, shot him fatally on June 5, 1968. 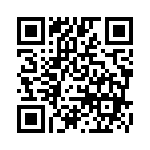