Ricky Ponting was one of the most successful Australian cricketers of all time. I enjoyed reading this book, however, unless you have a very big interest in cricket and statistics, this wont be the book for you! Read full review 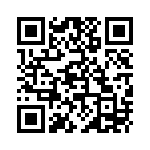