After five years as an infantry soldier, Ramage trained as a military photographer and he is now the News Limited Group's chief photographer at the National Press Gallery in Parliament House in Canberra. Ramage won the prestigious Nikon Walkley Award in 2012 for his images of the war in Afghanistan. Ian McPhedran is a best-selling author and Sydney-based national defence writer for News Limited. He has covered conflicts all over the world, including Timor, Afghanistan and Iraq. In 1993 he won a United Nations Association peace media award and in 1999 the Walkley award for best news report. 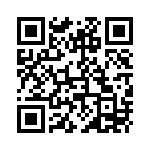