Since I identify as an evangelical, I didn't expect I'd like everything about this book. However, since we are all human, we can sometimes learn from our critics. Unfortunately, this author, who is a ... Read full review

I loved this book. It is the antidote to the new atheists and to the Fundamentalists and Evangelicals who have co-opted Christianity in America. Robin Meyers knows how to write and think. I recommend this to anyone seeking another opinion. Read full review

Robin Meyers is a United Church of Christ minister and a nationally known preacher and peace activist. A syndicated columnist and award-winning commentator for NPR, Meyers has appeared on the NewsHour with Jim Lehrer, Dateline NBC, and ABC World News Tonight and was featured in the HBO documentary "The Execution of Wanda Jean," a disturbing look at the immorality of the death penalty and Meyer's efforts to save the life of the first woman to be executed in the state of Oklahoma. Meyers also writes for The Christian Century and is a professor of rhetoric at Oklahoma City University. 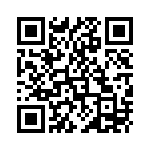