Ian Stocks was raised at CSR Sugar Mills in Fiji, NSW and Queensland. After high school he joined CSR and in 1965 was first appointed as a Field Officer at Harwood mill. He was transferred to Macknade in 1968, where his love of the Hudswells started, and to Victoria Mill in 1971, playing an active part in their last ten years of operation. He introduced computerised transport planning at Victoria, searching for better ways to plan and operate the transport system at a time when the mill was substantially expanding its cane area and the B-B Baldwin diesels were introduced. Very hands on, he spent time with crews on runs and sometimes stood in for Traffic Supervisors on Sundays - a role he thoroughly enjoyed. In 1976 Ian successfully proposed to CSR that the HOMEBUSH should be preserved and the balance of the Hudswells be handed over to preservations groups. In 1978 he was transferred to Hambledon Mill, later leaving sugar and joining CSR's Coal Division. He subsequently worked for other companies, marketing coal to overseas customers. Ian retired in 2014.

David Mewes has had a life-long interest in railways. He had his first direct contact with a cane tramway at Nambour in 1965 and his passion for these 2ft gauge railways began. David is a Life Member of The Australian Narrow Gauge Railway Museum Society of which he was a founding member and took on the role of Secretary from 1971 until elected President in 1984 in which capacity he served until standing down in 2002. David worked as a Food Technologist/Industrial Chemist for more than 30 years until 1999. In 2000 he was employed by Queensland Rail as Curator of their heritage collection in Ipswich. During the following two years he worked on the development of The Workshops Rail Museum while also undertaking a Museum Studies course. David joined the staff of Queensland Museum, who now own and operate the Rail Museum, in 2002 where he continues to be employed as Curator.

John Browning's fascination with the narrow gauge started on a family holiday in North Wales in 1966. He first learned about the existence of Queensland's cane railways when attending Narrow Gauge Railway Society meetings in Leeds, and on emigrating to Australia in 1975, he had the chance to get to know them a lot more closely. In professional life John was a teacher, principal and educational administrator. Since retirement from full-time employment he does a little consultancy work and in his 'spare time' has the opportunity to visit, research and write on industrial and narrow gauge railways. A past President of the Australian Narrow Gauge Railway Museum Society, John is also a Life Member of the Light Railway Research Society of Australia and for many years has been part of the Editorial Team for 'Light Railways' magazine. 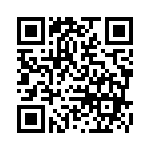