John Ogden is a creative photographer, filmmaker, writer, publisher, and artist based in Avalon, Sydney. Ogden’s career began as a photojournalist in Southeast Asia during the last days of the Vietnam War, later extending his practice to cinematography in multiple genres of filmmaking. Cyclops Press is Ogden’s boutique publishing company, dedicated to promoting Australian photography. His first book, Australienation (1999), featured his own black and white humanist photography and addressed the reconciliation between Australia’s Indigenous peoples and the various tribes and many races that subsequently settled in this Great Southern Land. An equally emotive record of the first Australians, Portraits from a Land Without People, published in 2009, is now acknowledged as the most comprehensive pictorial history to document Aboriginal culture yet produced. The recently published companion books Saltwater People of the Broken Bays and Saltwater People of the Fatal Shore celebrate the rich history of Sydney’s beaches. These books include powerful images by many of Australia’s most recognized photographers, and is a showcase for the work of a mix of Sydney’s contemporary photographers. 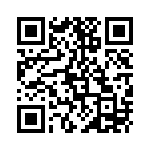