Lorraine Day began her writing career as a journalist in Melbourne, writing for trade newspapers and magazines in the fields of hospitality, travel, aviation and transport, and was Melbourne journalist for 'Daily Commercial News' before travelling to Central Australia and the Northern Territory where she wrote for the 'Darwin Advertiser' and the NT News', as well as freelancing for numerous publications. After returning south, Lorraine worked for the 'Warrnambool Gazette' and 'Portland Observer' until settling in Adelaide where she started her own business offering publishing support services to other authors and producing her own books including 'Bulldust and Boughshades', 'Gordon of Dingley Dell (1st edn) and 'Gidgee and Grit'. 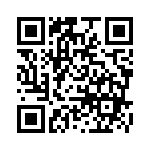