Arash is one of the founders of the Sufi Art Group who was born in Tehran in 1976. He is a Persian percussionist, composer, writer and teacher whose work draws on Sufi traditions and Iranian folkloric music from regions with the goal of preserving art and culture of the east. He believes that the needs of people for art aren't best classified through thought, class and pleasure. Rather, peoples' art needs are met through the sublime and through salvation from materialistic life.

The Sufi Art Group was founded in 2000, by Arash Zanganeh and Leila Honari with the goal of preserving art and culture of Love and Devotion.The Sufi Art Group believes that the needs of people for art aren't best classified through thought, class or pleasure. Rather, people's artistic needs may be met through more sublime immaterial processes. A renunciation, albeit temporarily, of materialistic consumption is a key element of this process.Goals:The goals of the Sufi Art Group are holistic and include: Introducing great eastern arts, restoring and improving how the forgotten ones are conveyed. Being informed by ethnographic post modernism and similarly taking an eastern Qawwali approach and mixing it with modern art to express these subjects through the seven arts. To be informed by the Humanistic ideas of the great thinkers in order to resolve the ethical and spiritual dilemmas of modern society with a hope to broaden peoples' insight. Showing the convergence of the seven arts and highlighting the unity among them and with the hope of highlighting unity among all parts of the world; a goal of salvation and maturity.

DVA student in Griffith UniversityMaster of Fine arts with Honours, Griffith University, Australia, 2012Bachelor of Handicraft, Al-Zahra University of Tehran, Iran, 1999 Diploma in Graphic Design, 17 Shahrivar High School, Karaj, Iran, 1994 Leila Honari was born in Zahedan, a desert city in the Southeast of Iran, in 1975. She was raised in Karaj, which is a metropolitan near the capital city of Tehran. Leila is an Iranian female artist and her art works are in fields of illustration, Persian painting, Persian carpet designing and animation. Leila also plays classical Persian music. She started learning Setar from the late maestro Jalal Zolfonoon when she was ten years old 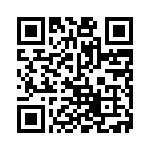