Sheila was born in 1924 in Ngakawau in New Zealand & moved back to Australia in 1928. She, with her mother & brothers run a service station, on the docks in Melbourne. She attended Strathearn School and later PLC Melbourne. She worked through the war and depression at the service Station.

She became the first woman in the Melbourne Light Car Club! She was navigator for rally cross drivers and her team won their share of races. She was passionate about history and her own family history, and occasionally combining the two and putting pen to paper writing novels loosely based around one or other lines of the family stories. In 1999 she was one of the 20 recipients for the NSW Premiers, Year of the Senior Citizen Award, for Services to the Community. 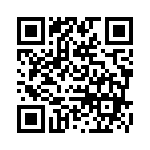