Alex is an author, researcher and reviewer. He has a PhD in language, linguistics and literature at the University of South Australia focusing on Italian literature and initiating the movement of cannibale literature into a new cultural space. He has previously worked as a journalist for LGBT publications including blaze magazine and Gay News Network and writes in a volunteer capacity as an arts critic for Glam Adelaide. His creative publication history includes the short stories Inside Out and A Threepence Remaining published with Gay E-Books and poems selected for publication in the Piping Shrike anthology series.Alex's first novel, Coming Out Catholic, was published with Prizm Books in 2015. His second novel, Homebody, was released in October 2016 through Buon-Cattivi Press. 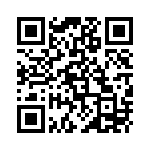