Khenpo Sherap Phüntsok met Kyabjé Thrangu Rinpoche as a young boy and became a monk at Thrangu Rinpoche’s monastery. There he studied all aspects of ritual practice at the monastery and became a chant master. At the age of sixteen he entered Thrangu Rinpoche’s monastic college in Namo Buddha, Nepal, where he studied the curriculum of the Kagyü tradition. At the age of twenty-one, he was made an assistant teacher in 2001 by Kyabjé Thrangu Rinpoche and was awarded the title of Khenpo in 2003. In 2005, the Seventeenth Karmapa Ogyen Trinley Dorje appointed Khenpo Sherap junior chant master for the Great Kagyü Mönlam, a position he has kept until now.

Michele Martin has been a Buddhist practitioner for over thirty years. After receiving graduate degrees from Yale, she studied in Japan, India, and Nepal with numerous masters of meditation and Buddhist scholars. While in Asia, she also served as an oral translator and edited many volumes on Buddhism. Her publications include Music in the Sky: The Life, Art, and Teachings of the 17th Karmapa Ogyen Trinley Dorje and numerous translations from Tibetan texts on philosophy and meditation. She lives in the Catskill Mountains of upstate New York. 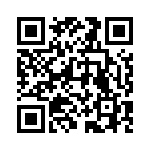