This book should come with a warning: it will break your heart, and you will never get some of these images and concepts out of your head. Beautiful, aching, tender, disastrous, this book won the ... Read full review

Man's capacity for inhumanity is highlighted in this story in the treatment of refugees. The author writes a moving story of two young children coping with loss. Their friendship gives them strength ... Read full review

Zana Fraillon was born in Melbourne Australia, but spent her early childhood in San Francisco. Zana has written two picture books for young children, a series for middle readers, and a fictitious book for older readers based on research and recounts of survivors of the Forgotten Generation. She now lives in Melbourne, with her three sons, husband and two dogs. When Zana isn't reading or writing, she likes to explore the museums and hidden passageways scattered across Melbourne. They provide the same excitement as that moment before opening a new book: preparing to step into the unknown where a whole world of possibilities awaits. 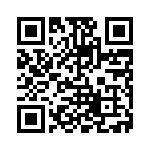