Wade Rathke first began organizing more than forty years ago when he dropped out of college to organize against the Vietnam War. Later he organized welfare recipients in Massachusetts, first in Springfield and then statewide from Boston, before leaving for Arkansas to found ACORN in Little Rock in mid-June 1970. A decade later, Wade added labor organizing to his experiences when he and other organizers responded to issues that ACORN members were having in their workplaces, whether home health workers, hotel workers, or fast food workers, and moved to New Orleans to build independent unions that later merged into the Service Employees International Union in 1984.
The common themes of these decades as a welfare rights organizer, community organizer, and labor organizer have been how to unite people at the bottom income levels around their issues to build sufficient power so that they could impact their lives, improve their communities, and change the direction of their country. Dealing with income and assets has been a constant theme of Wade's organizing, no matter what the venue or vehicle, and he has been delighted to pull all of these strands of his experience together in writing Citizen Wealth. For a generation Wade has been recognized as perhaps the premier organizer of his generation, making this book something of a milestone in that journey. 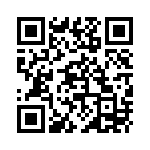