Rodney Stark (Ph.D. University of California, Berkley) University Professor of Social Sciences at Baylor University. Co-Director of the Institute of Studies of Religion, Stark is also widely published. His most recent publications include Discovering God: The Origins of the Great Religions and the Evolution of Belief (2007), Cities of God: The Real Story of How Christianity Became an Urban Movement and Conquered Rome (2006), and The Victory of Reason: How Christianity Led to Freedom, Capitalism, and Western Success (2005). 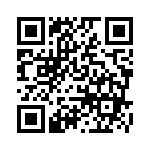